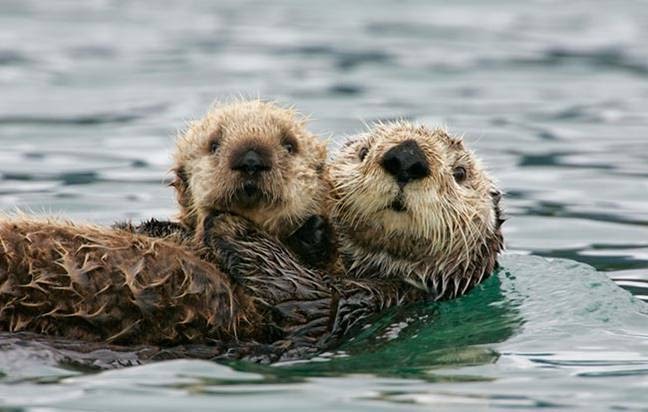 It really is something to celebrate, especially as Oregon gets closer and closer to reintroducing this important, charismatic species back to the state’s coastline.

The 2021 annual wolf report revealed a population in crisis and in particular, that human-caused mortality (poaching, vehicle strikes, and ODFW authorized killing) is the number one factor stalling statewide recovery. In Western Oregon, where we saw another decrease in wolf packs and breeding pairs, many wildlife advocates had growing concerns about dispersing wolves’ ability to safely find new habitat and create their own family.

That’s why we’re very excited to see that another wolf family has been discovered in the Northern Cascade mountains. Just last week, ODFW wildlife officials confirmed this new pack- which has two adults and two pups - on the Confederated Tribes of Warm Springs’ reservation. Couple that with the other (relatively) recent news about new wolves confirmed in Central Oregon, and wolf recovery in Western Oregon appears to be on a better track. However, you still may want to knock on wood, cross your fingers, or perform any other action for good luck  just to be sure!

This Sea Otter Awareness Week, we’re happy to report that Oregon is continuing to make progress toward species restoration. In case you don’t know the history of the sea otters in Oregon and why we’re the only state along the pacific coast that does not have a resident population, be sure to check out our podcast The Lost Sea Otters of Oregon.

Reintroduction efforts are quite the undertaking. It requires a lot of analysis, permitting, community engagement, etc. Typically, the first question to answer is: is this ecologically feasible? After two separate feasibility studies (one with a team of independent scientists in partnership with Elakha Alliance and another with the US Fish and Wildlife Service), it has been determined that it is absolutely possible. Or as it says in the USFWS’ report, "There would be multiple substantial biological and ecological benefits to the nearshore marine ecosystem from a reintroduction of sea otters to their historical range in northern California and Oregon."

The positive conclusions of these evaluations is incredibly important as it provides the foundation for sea otter reintroduction. There’s a lot of work left to do before we can see otters floating in Oregon’s waters once again. But we’re excited that the wheels are in motion, giving us something to celebrate this Sea Otter Awareness Week!

Recovering America’s Wildlife Act, federal bipartisan legislation that would invest $1.3 billion into wildlife conservation across the country, is still poised to pass its final hurdle: the US Senate. As you’ve read in just about every monthly wolf pack newsletter, the importance of passing this legislation cannot be overstated. If RAWA passes, it would mean an annual allocation of $25 million for Oregon’s non game species recovery and restoration programs. Again, if you have not already done so, please please call Senate Majority Leader Chuck Schumer (202-224-6542)  and ask him to pass Recovering America’s Wildlife Act today!

Finally! Beavers are starting to get the attention and praise they deserve. Or as Mother Jones magazine said, “It’s about dam time.”

Well, this is super cool and helpful! Check out this new bird map that teaches you about different bird species, their migratory patterns, and conservation needs.

Which animals can adapt to climate change the best? The answers may surprise you.

During the summer months we took a brief pause with our Wild Webcast programming, but they’re back! Stay tuned for upcoming webinar events this Fall and be sure to sign up. You won’t want to miss it!

If you love Oregon’s diverse wildlife, majestic wildlands, and clean waters, then this is the event for you! Please join us on Friday, October 14, 2022 in Portland for our biggest benefit of the year, Call of the Wild. There will be food, games, drinks, raffle prizes, silent auction, and more! We hope to see you there.