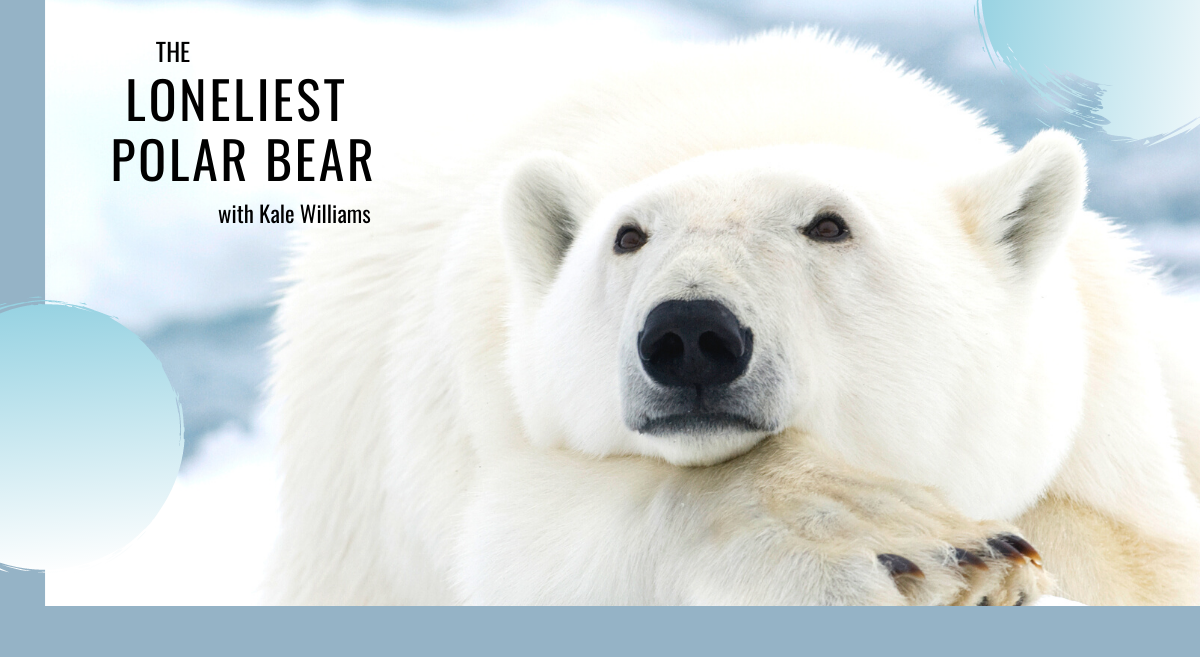 In October 2017, The Oregonian released a series starring a newborn polar bear cub named Nora, which swiftly went viral. Kale Williams who reported the story went on to win the Scripps Howard Edward J. Meeman Award and the AAAS Kavli Science Journalism Award for his work on the series, which also won a regional Emmy. Since then, Williams has continued to follow Nora's story, while expanding his lens, spending time with traditional Arctic hunters and closely tracking the research of one of the leading wildlife biologists studying how polar bears are struggling to adapt to climate change. The Loneliest Polar Bear: A True Story of Survival and Peril on the Edge of a Warming World is the culmination of that work, a sweeping and tender exploration of endurance against insurmountable odds.

Join Kale for a presentation on his work writing The Loneliest Polar Bear, exploring how polar bears became the poster children for climate change, how climate change is impacting the people living in the Arctic, and how the fate of polar bears is not theirs alone.

You can find the Loneliest Polar Bear at Indiebound, Powells Books, Annie Blooms Books, Bookshop.org, or a friendly neighborhood bookshop near you.