​​Lawsuit filed to protect big trees in Oregon and Washington 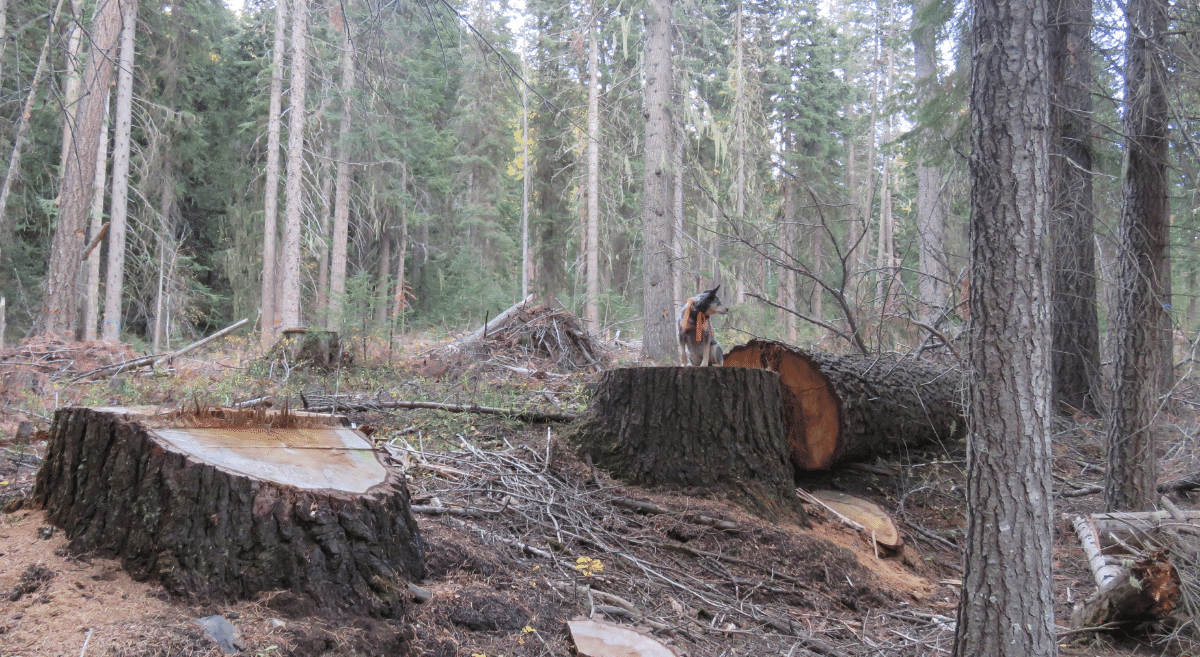 Today, June 14, six conservation groups filed a lawsuit challenging a Trump-era rule change that allows logging of mature and old-growth forests on no less than 7 million acres across Eastern Oregon and Washington. The coalition filed its suit over the Forest Service’s decision to eliminate a provision of the Eastside Screens that prohibited the logging of trees larger than 21” in diameter.

The Eastside Screens were initially put in place by the Forest Service to protect the remaining habitat for old-growth-dependent wildlife; certain species were in rapid decline after decades of logging the biggest trees in Eastern Oregon and Washington’s national forests. For more than 20 years, the Screens reined in the removal of large trees and prevented unnecessary conflict on many logging projects.

However, in the final days of the Trump administration, the Forest Service removed the long-standing protection of at least 11,000 square miles of national forest in Eastern Oregon and Southeast Washington despite overwhelming evidence that large trees play a critical role in maintaining biodiversity and mitigating climate change. The amendment has been criticized for being a politically-motivated action that circumvented public and tribal involvement and ignored an established and growing body of science that contradicts the decision.

The complaint alleges that the decision violated the National Environmental Protection Act (NEPA) and National Forest Management Act (NFMA). The groups also notified the agency of their intent to enforce Endangered Species Act (ESA) protections for fish and wildlife that depend on older forests.

“It’s no surprise the Trump administration ignored the science when it pushed this rule change through on its way out the door. Cutting down the remaining big trees harms salmon, steelhead, and bull trout by removing shade and forest cover that keeps rivers and streams cool,” according to Chris Krupp with WildEarth Guardians.

While the decision to eliminate the prohibition on logging trees larger than 21” in diameter was made with little attention to the effects on fish and wildlife that rely on these forests, it also curtailed public involvement in the rulemaking process; it ignored the opinion of over 115 independent scientists, former agency leadership, and dozens of conservation, climate, Indigenous, and other organizations. 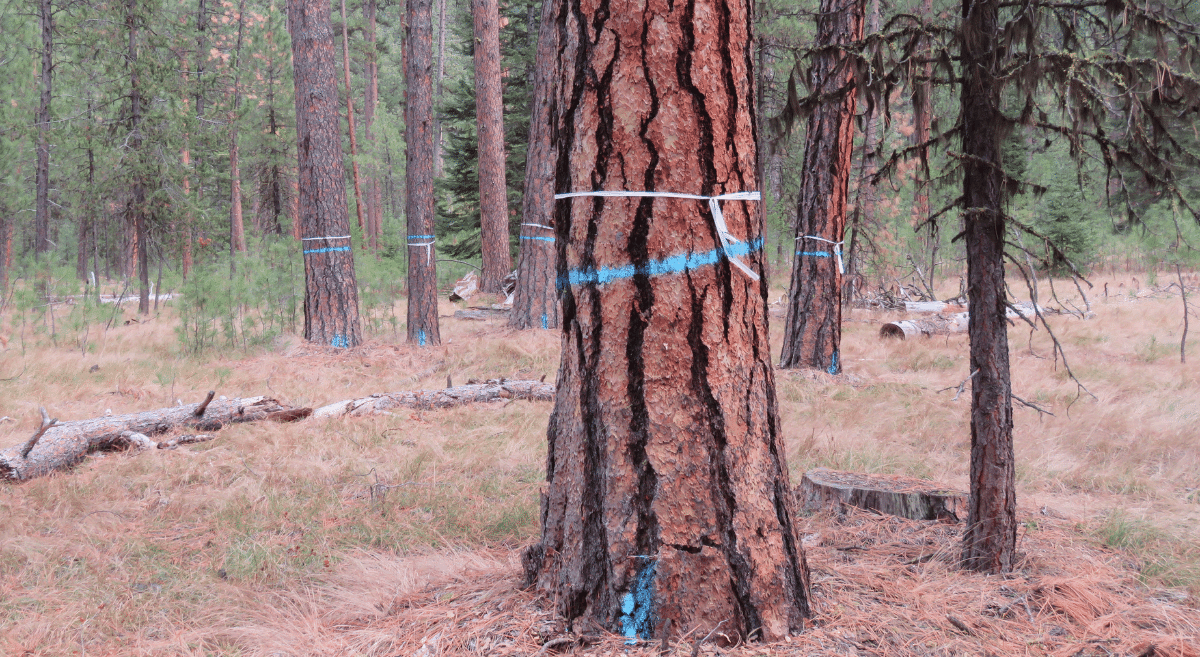 “Large trees play a critical role in supporting biodiversity, clean water, and native fish. It is important to retain all remaining large trees as they are scarce on the landscape after a century of high-grade timber harvests that targeted large, old trees,” says Amy Stuart with the Great Old Broads for Wilderness.

A recent scientific study found that the biggest and oldest trees covered by the rule make up only 3% of regional forests in the Pacific Northwest yet store 42% of forest carbon. They also provide critical habitat for wildlife, keep water clean and cold, are resilient to wildfire, and are at the core of cultural values.

“The Forest Service violated its legal duty to protect wildlife and forest health when it removed protections for our biggest, fire-resistant trees. Now that these trees are being logged across six national forests, we are asking the court to halt this tragedy,” said Rory Isbell with Central Oregon LandWatch.

In addition, President Biden recently issued Executive Order (EO 14072, April 22), which aims to “conserve America’s mature and old-growth forests on Federal lands” as a part of a science-based approach to reduce wildfire risk and combat the climate and biodiversity crisis.

“We are facing a climate and biodiversity crisis, but the Forest Service continues to move in exactly the wrong direction. We are asking the Biden administration to take action consistent with its recent Executive Order and restore bedrock protections for mature and old-growth forests on our public land,” said Rob Klavins, public lands advocate for Oregon Wild based in rural Wallowa County.

The groups ask that the current administration restore protections for large trees in our national forests to support wildlife, clean water, and carbon storage on public lands. They also ask Senators Wyden and Merkley to support mature and old-growth protections in the State of Oregon. 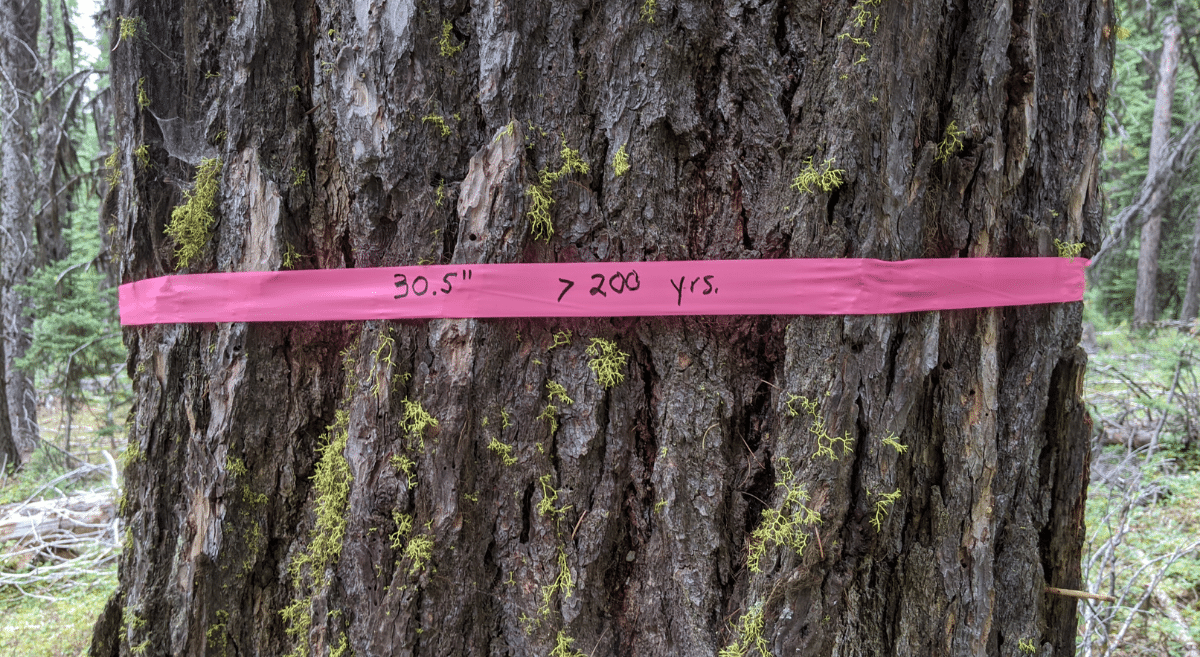