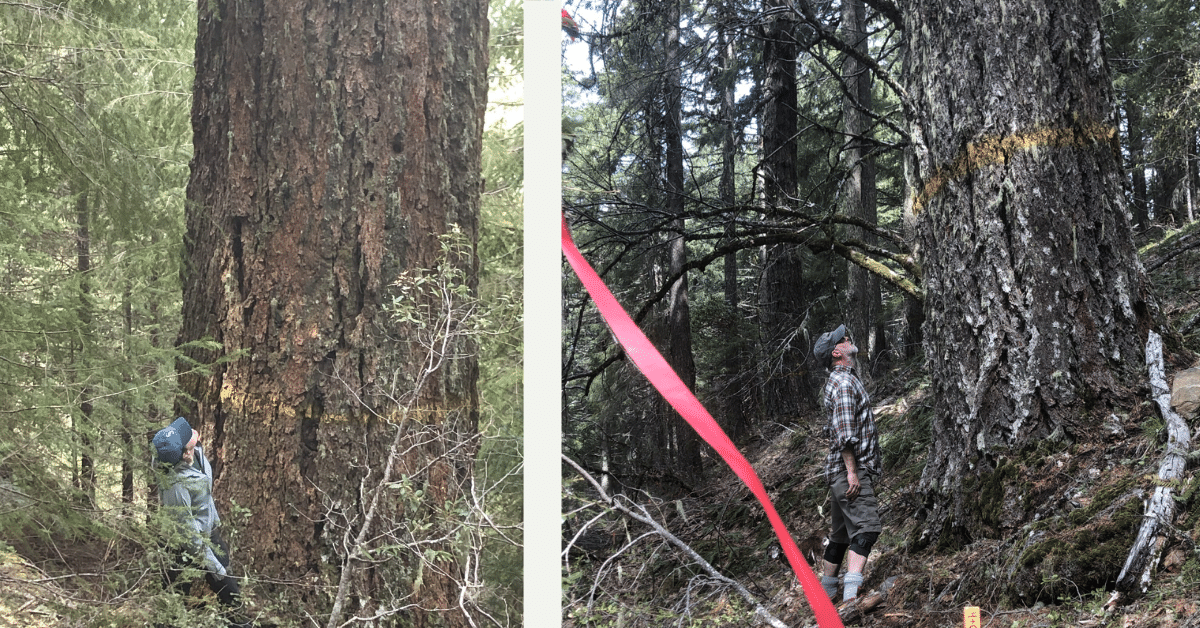 Late Friday, a judge in the District Court for the District of Oregon ruled that the U.S. Fish and Wildlife Service (Service) justification for Bureau of Land Management (Bureau) timber sales totaling nearly 18,000 acres including in old-growth forests violated the Endangered Species Act. The judge ruled against the Service’s claim that old-growth logging in the Poor Windy and Evans Creek timber sales on 15,848 acres of threatened northern spotted owl habitat would not harm the imperiled bird species.

“While we are pleased with this result, it goes to show how emboldened our public land managers have become in pursuing the almighty board-foot, that they are willing to tell the American people and a federal judge that logging thousands of acres of habitat occupied by a threatened species like the northern spotted owl will cause zero ‘harm,’” said Sangye Ince-Johannsen, attorney at the Western Environmental Law Center. “The agencies’ singular focus on extraction over stewardship should concern every Oregonian, but today I’m grateful the law forbids that in some cases.”

“This ruling should serve as a wake-up call to the BLM,” said George Sexton, conservation director for KS Wild. “It’s time for the BLM to work with stakeholders to thin second-growth timber plantations to reduce fire hazard instead of chasing around controversial old-growth timber sales in the backcountry.”

Judge Aiken also found that the Bureau and the Service illegally failed to consult on the effects of the East Evans Creek and Milepost 97 wildfires that actively burned the timber sale area as the Service concluded its evaluation. The Milepost 97 fire burned 4,706 acres of northern spotted owl habitat and reduced canopy closure below 40% in a narrow but vitally important east-west habitat bridge.

“These are fire-prone, dry areas, and we opposed this massive logging project because it would increase fire risks and hazards for the surrounding community,” said Nick Cady with Cascadia Wildlands. “The agencies keep pushing logging projects that are putting our communities at risk, and it is past time that fire impacts drive our land management decisions, especially on public lands.”

Finally, Judge Aiken faulted the agencies for failing to analyze the effect of habitat loss resulting from these logging projects on the competitive interactions between the barred and spotted owl.

Judge Aiken wrote that the Service “was not faced with scientific uncertainty, but unanimity concerning the negative impact of reduced [nesting, roosting, and foraging] habitat and the barred owls’ threat to the spotted owl based on the barred owls’ ability to out-compete for food and shelter,” order at 23. “In offering an explanation counter to the evidence after considering important aspects of the problem, [the Service] ultimately minimized the effect of the action and its conclusions are not supported by the evidence,’” order at 22.

“The agencies need to recognize that when two territorial species are competing for the same rare old-growth habitat, any reduction of habitat from logging will increase the chances of extinction,” said Doug Heiken of Oregon Wild.

Images for media use: