Film Screening: "Who's on Top?" with live Q&A 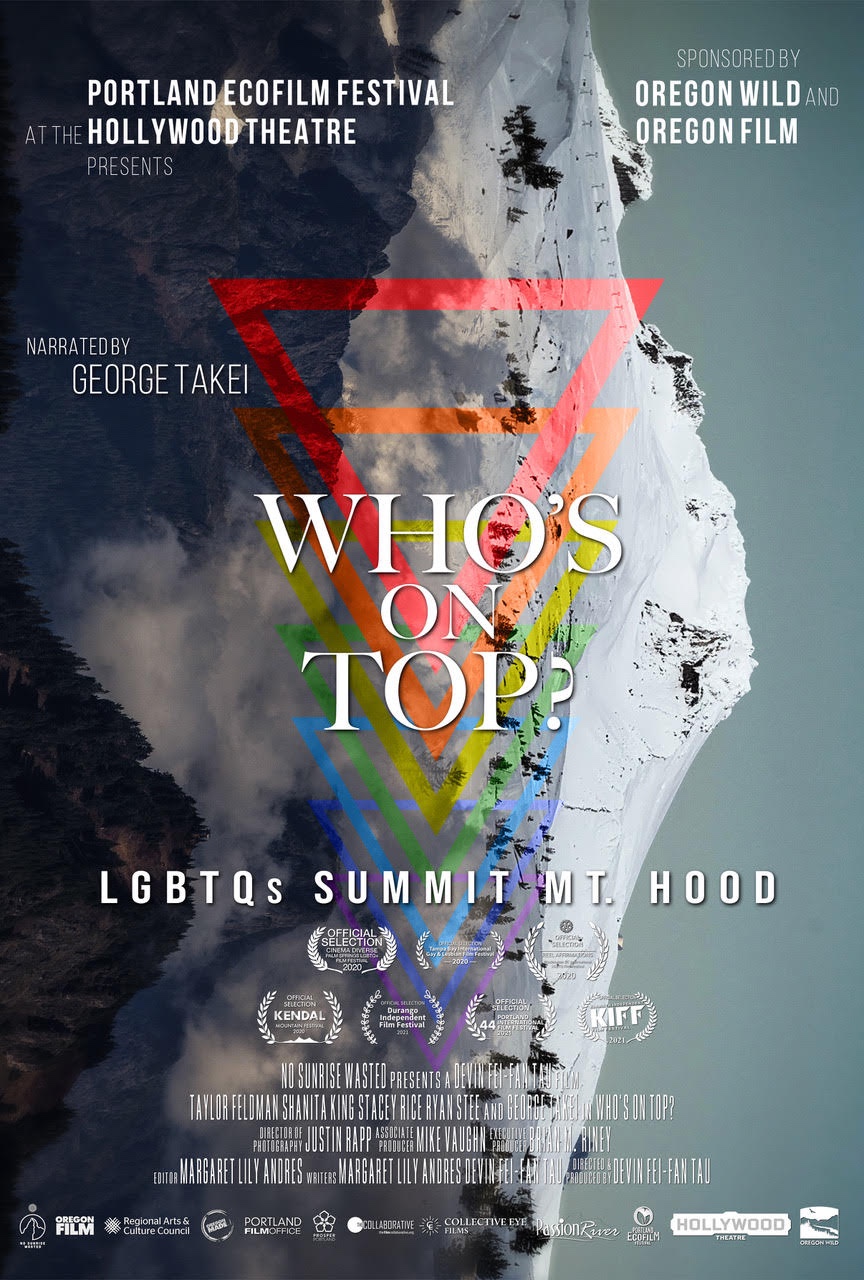 Join us on November 6th at 2pm at the Hollywood Theatre for a special film screening!

Oregon Wild is proud to present “Who’s on Top?” a special documentary screening at the Hollywood Theater about members of Portland’s LGBTQ+ community who climb iconic Mt. Hood and challenge stereotypes about gender and sexuality in the outdoors.

Get your tickets here!

Oregon Wild, Oregon Film and the Portland EcoFilm Festival presents WHO'S ON TOP?, narrated by George Takei. Making its Portland big screen premiere at the Hollywood Theatre, this feature-length documentary tells a tender and adventurous story about members of Portland's LGBTQ+ community who challenge stereotypes about gender and sexuality in the great outdoors. Historically excluded and ostracized—and with a range of mountaineering experience—they unite to climb Wy'east (Mount Hood). In doing so, they also confront assumptions about who they are and how they belong in the world of outdoor adventure.

Make sure to stick around after the screening for an exclusive live Q&A with director Devin Tau and the film's cast!

Proof of vaccination or negative COVID-19 tests and masks required.