The Political Education of a Wildlife Biologist 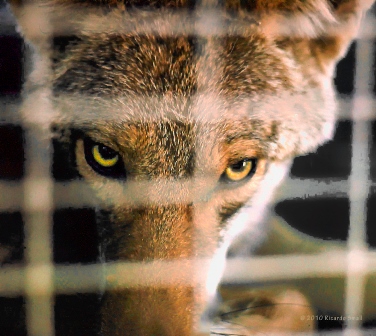 Wildlife has it made in Oregon.  Politically, that is.  Right?  Oregon voters banned hounding cougars by citizens’ initiative.  We devoted 15% of the lottery proceeds to the Oregon Parks and Recreation Department.  Restricting how an apex predator can be killed and using land for parks is good.  This means a majority of the Legislature and the Governor support wildlife welfare and the integrity of public land.  It must mean they do not support environmentally destructive, profit motivated objectives.

That’s what I thought in April 2015.  Man, was I wrong!  By the middle of June, I realized that most of Oregon’s politicians wage a war on wildlife, in spite of a liberal reputation.  How could I have been so wrong?

Super majorities of Oregon’s House and Senate voted for a terrible new law (HB3188) that enables creation of predator killing districts at the county level.  Those districts will tax participating real estate at one dollar per acre.  The money will pay the U.S. Department of Agriculture’s (USDA’s) Wildlife Services to kill predators at the request of commercial agriculture and livestock operators.  Don’t confuse the USDA’s Wildlife Services with the U.S. Department of Interior’s Fish & Wildlife Service, a vastly different federal agency.  This law may spread to other states.

The USDA’s Wildlife Services is notorious for slaughtering many species of wildlife, not just predators.  In 2014, Wildlife Services killed 2,713,570 animals nationwide, down from 4,378,456 the year before.  The 2014 kills include 570 black bears, 322 gray wolves, 61,702 coyotes, 2,930 foxes and 305 mountain lions, as well as three bald and five golden eagles. The federal trappers use cyanide capsules, neck snares and foot traps.  When I was a wildlife biology student in Arizona, my classmates and I called these trappers the “gopher chokers”.  They kill many animals unintentionally … collateral damage … including 390 out of 454 river otters in 2014.  Who knows how many pets they kill?  Pet kills are seldom reported.  The trappers follow the S-S-S mantra:  shoot – shovel – shut-up.  They shoot domestic pets caught in their foot traps, bury them and keep quiet.

Oregon’s new law (HB3188) perpetuates Wildlife Services’ egregious activities with the $1/acre real estate tax.  How could this happen in wildlife “friendly” Oregon?  It happened because people who make money from commercial agriculture and livestock operations, and who are not friendly to wildlife, organized and lobbied more effectively than environmental groups.

This was my first face-to-face lobbying in Oregon.  I lived in Arizona most of my life and moved to Oregon at the end of 2009.  On April 29th this year (2015), I attended Oregon Wild’s Wildlife Lobby Day in Salem.  During the afternoon, Gabe Wigtil and I met with our state senator, Sara Gelser, and our representative, Andy Olson.  Gabe and I were the two registered voters attending Wildlife Lobby Day from Senator Gelser’s and Representative Olson’s districts.

A week or so later, I attended Senator Gelser’s town hall in Albany and mentioned HB3188 during that meeting.  I also sent emails to her, voicing my opposition to perpetuating Wildlife Services activities in Oregon.

On May 27, 2015, I testified about HB3188 at the Senate’s Committee on Environment and Natural Resources hearing in Salem.  My written testimony was twelve pages long, including opposition to another bill (HB2182) which directs the Oregon Department of Fish and Wildlife to conduct a statewide predator killing study.  I was only allowed five minutes to speak during that hearing.

All five members of the Committee were present:  Senators Chris Edwards (chairman), Alan Olsen (vice chair), Michael Dembrow, Floyd Prozanski and Chuck Thomsen.  A half dozen supporters of the predator killing district bill spoke first.  As the Committee’s senators interacted with the supporters, it became obvious that a unanimous vote to move HB3188 out of Committee for a floor vote with a “DO PASS” recommendation was going to happen.  During the discussion, Senator Alan Olsen joked with a rancher from southern Oregon, that Wiley Coyote visited his office the week before.  That rancher helped write HB3188 on his kitchen table.  All of them laughed, when the rancher said, “Wiley better wear an orange vest, if he comes to my ranch.”  I guess that cowboy meant he would shoot all other coyotes he saw who were not dressed in hunter orange.

After the Senate passed the bill, I sent an email, thanking Senator Sara Gelser for voting “NO”.  She answered, saying:  “I appreciated your detailed emails about the future, and I thought it was important that those concerns be recognized with my vote. Thanks again for taking time to be involved.”

There are non-lethal alternatives that can be effectively used to deter predation.   Oregon’s new predator killing districts will continue an archaic wildlife management policy akin to paying bounties for dead predators.  Funding the USDA’s Wildlife Services killing with real estate taxes ignores modern wildlife science that demonstrates how important predators are to biological diversity.  This new law fails to recognize the ineffectiveness of slaughtering so many predators and the relatively small percentage of losses that the cattle industry experiences from predation.  According to the USDA’s National Agricultural Statistics Service, about 4% of the cattle industry’s losses nationwide are from predation.  Federal, state and local governments spend billions of tax dollars slaughtering predators on behalf of the cattle industry.

When coyotes are killed in large numbers, birth rates increase … sometimes three fold.  Non-lethal repellent measures allow dominant coyote family units to form territories, keeping litter sizes down, and are much better techniques than slaughtering so many of these canids.

Everything in nature is interconnected.  Where wolves and cougars have been wiped out, like parts of the West and most of the Eastern United States, coyote numbers increased.  After coyote numbers increased, the numbers of rabbits plummeted.  That unnatural imbalance created cascading detrimental results throughout ecosystems in all types of habitats.  Population numbers of many lower levels in the predator/prey system became skewed.  Killing so many predators modified plant communities, because herbivore numbers change.  The new composition of plant life no longer supports a natural and diverse assemblage of species.

I was surprised at so many “YES” votes for HB3188 in the Oregon Legislature.  I re-read Senator Gelser’s email:  “I thought it was important that those concerns be recognized with my vote” to diminish my disappointment.

Many wildlife issues will come up during the next session of the Oregon Legislature.  Wolves are heading for delisting from Oregon’s endangered species list.  Some people want cougars to be hounded again.  There will be an effort to stack the Oregon Department of Fish & Wildlife Commission with people who do not have a biodiversity priority and who will include agricultural interests.

I hope you attend Oregon Wild’s Lobbying Day next spring.  Keeping Oregon as wild as it is today requires all of us to meet elected officials, to support receptive senators and representatives like Senator Gelser, to show our senators and representatives alternative non-lethal measures to keep predator numbers balanced, to tell the truth about the relatively small amount of predation that the commercial livestock industry actually experiences and to inform them about how valuable predators are to Oregon’s biodiversity. 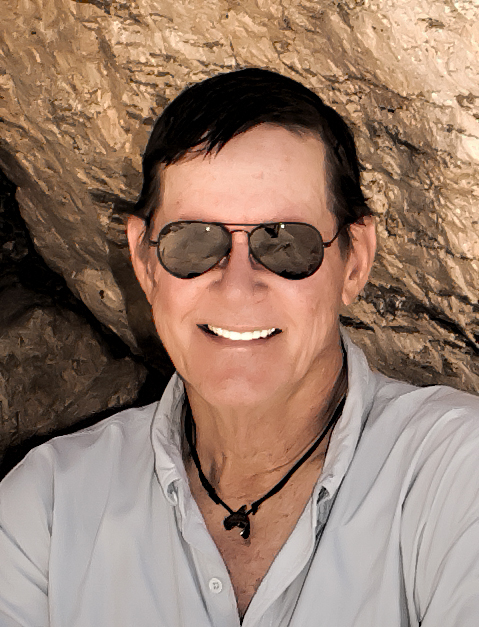 Ricardo Small is a wildlife biologist with bachelor’s (1969) and master’s (1971) degrees, University of Arizona. He worked as a civilian deputy game warden at Fort Huachuca, Arizona (1968) and as the executive secretary of the Arizona Wildlife Federation (1971–73).  He worked as a real estate broker and appraiser in Tucson (1976–2009).  He is retired and lives in Oregon’s Willamette Valley seven months of the year (Apr-Nov) and in Tucson for five months (Nov–Apr).  He volunteers as a photographer for Oregon Parks and Recreation and for non-profits:  Greenbelt Land Trust, Marys Peak Group of the Sierra Club, Volunteer Caregivers, Festival Latino, Sonoran Desert Conservation Coalition, Street Smarts column - Arizona Daily Star and a few others. Hobbies include photography, kayaking, bicycling and hiking.  Addictions include good books, environmental activism and two cocker spaniels – Maggie & Chula – who consider him one of their two humans.  His wife, Mary, is their other human.  Ricardo’s photo essays can be seen at www.ricardosmall.smugmug.com.  His email address is ricardosmall@comcast.net.