The Rogue River-Siskiyou National Forest is located in southwestern Oregon and northern California. The Forest stretches from the crest of the southern Cascades west into the Siskiyou Mountains almost reaching the ocean. Originally separate forests, the Siskiyou and the Rogue River joined administratively in 2004. The towns of Medford, Ashland, and Grants Pass have the largest populations near the National Forest.

The Siskiyou section of the Forest is located in parts of four counties in southwestern Oregon and northwestern California. Curry, Josephine, and Coos counties in Oregon as well as Del Norte County in California totaling 1,094,726 acres. The name Siskiyou is a Cree Indian word for bob-tailed horse yet again thanks to the French-Canadian trappers. 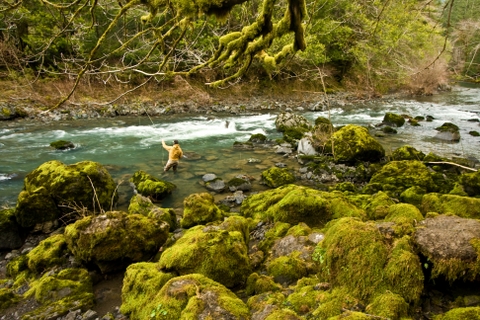 The forest is home to many beautiful rivers most famously the Wild and Scenic Rogue. The Applegate and Illinois run through the forest and partially in California. The Rogue River drains over 75 percent of the Forest’s land area and contains one of the larger salmon runs in Oregon. The Rogue is home to the federally threatened Green Sturgeon and Black Bears are a common site on the river’s shores.

Eight Wilderness areas covering 565,900 are located within the forest including the Copper Salmon, Grassy Knob, Kalmiopsis, Red Buttes, Rogue–Umpqua Divide, Siskiyou, Sky Lakes, and Wild Rogue. Oregon Wild has proposed the Crater Lake Wilderness to act as a buffer around the national park. This new area would be partially in the National Forest.

There are many recreation opportunities in the Forest with some of the more popular being white water rafting, wilderness camping, fishing, hiking, mountain biking, as well as skiing at the Mt. Ashland Ski Area. The Rogue River Trail is designated as a National Recreation Trail and follows both the upper and lower Rogue River. 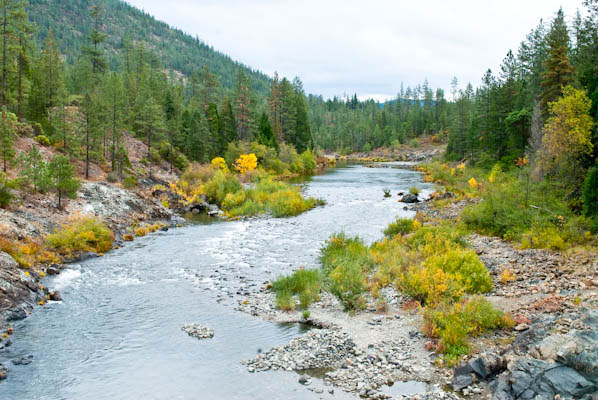