The Siuslaw National Forest sits in the Oregon Coast Range running north south from Coos Bay to Tillamook and east west from the Pacific Ocean to the edge of the Willamette valley. The forest is divided into two Ranger Districts with the Hebo District to the North and the Central Coast District to the South. Eugene is the closest big city to the Siuslaw, just a half hour from the eastern border. Many smaller coastal towns such as Florence, Newport, Lincoln City, and Coos Bay border the forest to the west.

Four major rivers run through the National Forest: the Nestucca, Alsea, Siuslaw, and Umpqua all of which bear anadromous fish. With very high rainfall and many miles of fish bearing streams the Siuslaw is an excellent place for big trees and lots of salmon. Chinook, Coho, and Steelhead call these rivers and streams their home but are not as prolific as they used to be due to channelization, sedimentation, and clearing of the streams. The trees in the Siuslaw grow at a very rapid rate due to the aforementioned high rainfall and the temperate climate. Sitka Spruce dominates areas closer to the coast while Douglas Fir and Western Hemlock grow more inland. Species found more in riparian areas are Red Alder, Western Red Cedar, and Big leaf Maple trees. The Northern Spotted Owl and Marbled Murrelet are both listed as threatened while the Red Tree Vole is a candidate species under the Endangered Species Act. 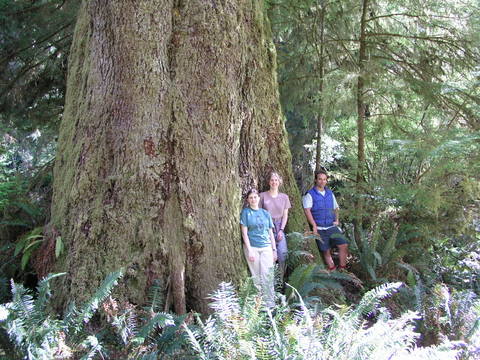 There are many different recreational activities in the Siuslaw most of which are in the 31,566 acre Oregon Dunes National Recreation Area. The Oregon Dunes runs along 40 miles of coastline from the Coos River to the Siuslaw River. Recreation in the Oregon Dunes consists of camping, hiking, fishing, canoeing, horseback riding, and OHV use. OHV use can be harmful to the sensitive highly erodible dunes and can disturb threatened Western Snowy Plover nest sites on the open sand. Other activities in the national Forest include bicycling, hunting, wildlife viewing, and boating. While most of the recreation is on the coast there are places in the Coast Range such as Mary’s peak west of Corvallis. It is a popular hiking destination with large meadows at the top and gorgeous 360-degree views of the Coast Range and the Willamette Valley.

Since the Northwest Forest Plan the Siuslaw has ceased clear cutting and there is active thinning of the forest to try and restore more old growth habitat. The rivers and streams that were once cleared, channelized, and stripped of their good habitat are also being restored and riparian zones protected so that salmon and other aquatic life can recover. The Siuslaw provides abundant recreation opportunities and has the potential, if managed properly, to become a wonderful old growth forest once again. 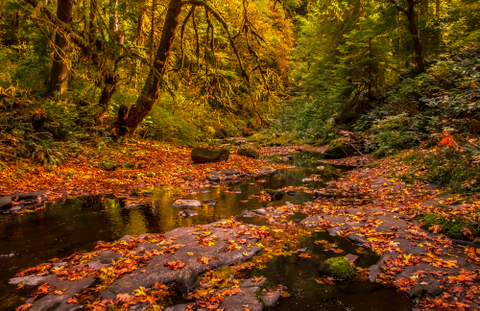