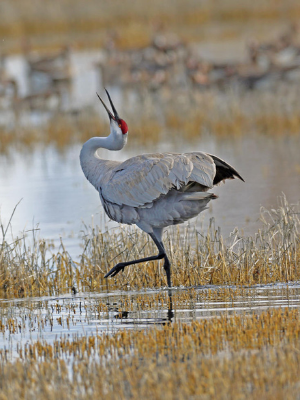 Greater sandhill cranes are a beautiful part of a healthy wetland ecosystem. They feed on seeds and invertebrates, helping to keep insect populations under control.