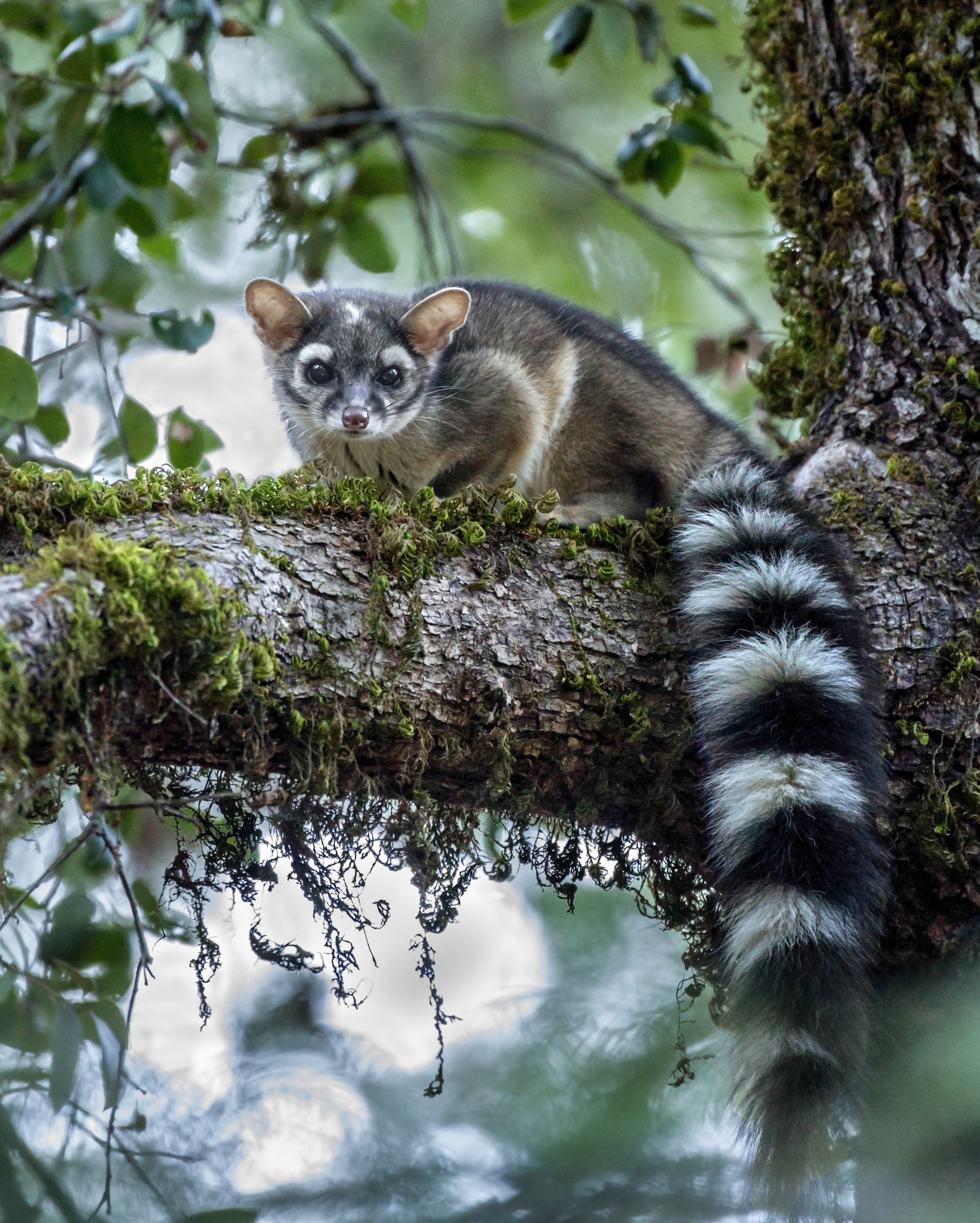 The Ringtail is a member of the Procyonidae (raccoon) family and about the size of a ferret. The tail is long and bushy with alternating black and white rings. The upper body is long, pale brown with a lighter underbelly. They have large black eyes, surrounded by white rings of fur, tall oval-like ears, set wide apart, and short legs with semi-retractable claws. Ringtails are a solitary species, meeting only for the purpose of reproduction and they're excellent climbers capable of ascending vertical walls, trees, rocky cliffs and even cacti. Ringtails are nocturnal, but they may be active in daylight hours during the reproduction season. According to the Oregon Department of Fish and Wildlife, the Ringtail occurs in Oregon in “Lane, Douglas, Klamath, Jackson, Josephine, and Curry counties; and is an Oregon Conservation Strategy Species in the Coast Range, Klamath Mountains and West Cascades ecoregions”.

The Ringtail are broadly distributed throughout the U.S. and Mexico. They can be found from southwestern Oregon and eastern Kansas, south through California, southern Nevada, Utah, Colorado, Arizona, Oklahoma, Texas, Baja California, and Mexico. Threats to the Ringtail include road and railroad construction, hunting and trapping, automobile impacts, habitat loss and fragmentation. The Ringtail is legally trapped for fur in Arizona, New Mexico, Nevada, Texas, and Utah. Although some states have banned the hunting of Ringtails, they still fall victim to traps set for other species. Also, the Ringtails’ secretive tendencies can make it difficult for officials to track their population, so there is no hard estimate of population trends. However, they’re always found in small densities and aren’t considered abundant. A rough estimate of the Ringtail population is 10.5 to 20.5 individuals/km². Survey methods for this nocturnal animal need to be developed in order to properly assess distribution and abundance.