The Willamette National Forest is on the western slope of the cascades between Mt. Jefferson in the North and the Calapooya Mountains in the south. The four ranger districts are the Detroit, Sweet Home, McKenzie River, and Middle Fork. The Forest was originally part of the Cascade Range Forest Reserve in 1893, and became a National Forest in 1933. Even though it was not always a National Forest the Forest Service has managed it since 1905. It is named after its largest river, the Willamette, which is translated from a Kalapuya word.

Elevations range from 1,500 feet above sea level to 10,495 feet at the top of Mt. Jefferson, which is Oregon’s second tallest peak. There are seven major volcanic mountains in the Willamette including Mt. Jefferson, Three Fingered Jack, Mt. Washington, the Three Sisters, and Diamond Peak.

Douglas Fir is the dominant tree species but there are over 15 other conifer species including cedar, pine, hemlock, and many species of fir. Despite large amounts of logging in the past, some old growth trees remain and can be easily accessed at Delta Old Growth Trail and along the Fall Creek Trail. 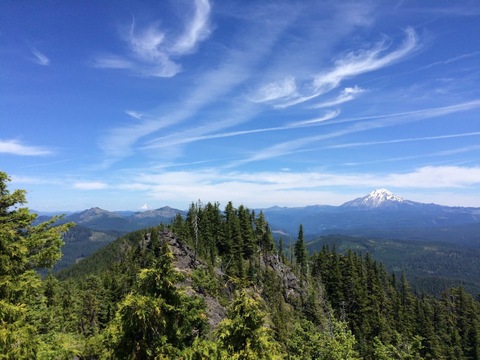 The Forest receives a large amount of precipitation per year, most of it in the form of snow. This snowfall feeds the three major watersheds -- the Willamette, McKenzie, and the Santiam. These rivers provide habitat for salmon as well as drinking water for many of Oregon’s cities including Salem and Eugene.

The Forest is filled with recreational opportunities due to its large size and proximity to major populations. Hiking, backpacking, mountain biking, wildlife viewing, boating, and cross country skiing are some of the many activities available. Downhill skiers can go to Willamette Pass Ski Resort, which operates under a Forest Service special use permit. Four trails in the Forest are designated as National Recreation Trails. The McKenzie and the North Fork of the Middle Fork of the Willamette are protected as recreational rivers under the Wild and Scenic Rivers Act. The H.J. Andrews Experimental Forest run by Oregon State University is located in the Willamette. 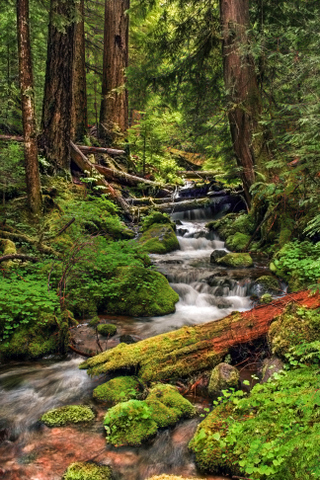