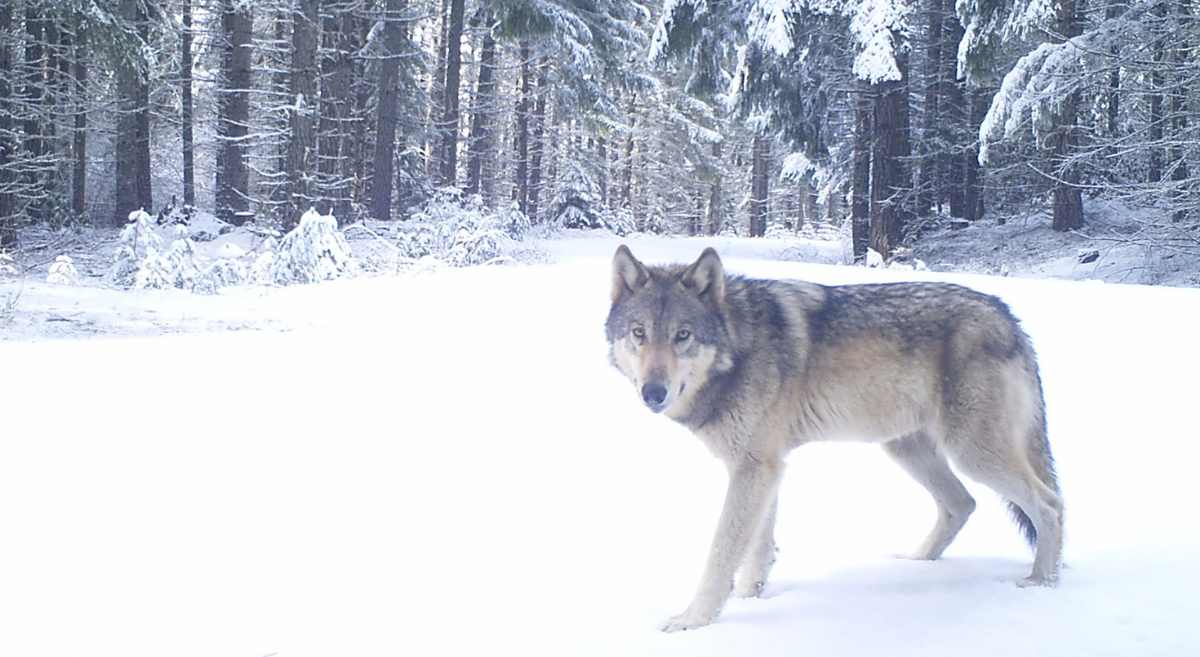 A federal district court today struck down a 2020 decision by the U.S. Fish and Wildlife Service that removed federal protections from gray wolves across much of the U.S. The Trump administration delisted the gray wolf after 45 years of protection under the Endangered Species Act despite the strong disagreement from experts who noted that the wolf’s recovery hinged on continued protections. Although President Biden expressed personal concern for wolves, the Biden administration chose to defend the delisting decision.

Today’s ruling throws out the Trump administration delisting rule and reinstates federal protections for wolves in 44 states.  In Oregon, this covers wolves west of Highway 395.

“Wolves need federal protection, period,” said Kristen Boyles, attorney at Earthjustice. “The Fish and Wildlife Service should be ashamed of defending the gray wolf delisting, and it should take immediate action to restore Endangered Species Act protections to all gray wolves, including those in Idaho, Wyoming, and Montana.”

“Today’s ruling is a significant victory for gray wolves and for all those who value nature and the public’s role in protecting these amazing creatures,” said Jamie Rappaport Clark, CEO and president at Defenders of Wildlife. “Restoring federal protections means that these vitally important animals will receive the necessary support to recover and thrive in the years ahead.”

“Although we celebrate this win, my thoughts keep returning to the hundreds of wolves who suffered and died under state management,” said Collette Adkins, carnivore conservation director at the Center for Biological Diversity. “I hope this ruling finally convinces the Fish and Wildlife Service to focus on recovering wolves, not prematurely removing their life-saving protections.”

“Last year we saw 8 wolves illegally poisoned in Oregon with the perpetrator still at large,” said Danielle Moser, Wildlife Program Coordinator at Oregon Wild. “Restored protections are integral to making up for this devastating loss not only in our state but across the West.”

“Today is a monumental victory for wolves who will now be protected from state-sponsored bloodbaths,” said Kitty Block, President and CEO of the Humane Society of the United States. “After having yet another wolf delisting overturned in federal court, the U.S. Fish and Wildlife Service should finally learn its lesson. Instead of continuing to devise convoluted excuses to strip these beloved animals of legal protections, the agency must develop a plan for meaningful recovery across the species’ range and ensure that states will not decimate their wolf populations.”

“In a year where many wolves have been killed near national parks, today’s decision provides tremendous hope for the future of these animals. Wolves are an iconic species and a key part of many national park ecosystems,” said Bart Melton, Wildlife Program Director with National Parks Conservation Association. “As wolves continue to return to national park landscapes, this decision will provide protections for them for generations to come.”

"Today's ruling restoring much-needed federal protections means that wolves will have a chance to fully recover and carry out their important ecological and cultural roles across the country," said Bonnie Rice, Senior Representative for the Sierra Club. "Instead of prematurely removing protections for wolves, the Fish and Wildlife Service should once and for all commit to their full recovery, including immediately reinstating protections for wolves in the Northern Rockies."

Earthjustice challenged the wolf delisting in a lawsuit on behalf of Defenders of Wildlife, Center for Biological Diversity, Sierra Club, National Parks Conservation Association, Oregon Wild, and the Humane Society of the United States in January of 2021; that lawsuit was joined by another coalition of conservation groups and NRDC.

Gray wolf recovery in the United States should be an American conservation success story. Once found nationwide, gray wolves were hunted, trapped, and poisoned for decades; by 1967 there were fewer than 1,000 wolves in one isolated part of the upper Midwest. The U.S. Fish and Wildlife Service protected gray wolves under the Endangered Species Act in 1978. Today there are recovering wolf populations in Minnesota, Wisconsin, Wyoming, Montana, and Idaho; wolves have begun to inhabit Washington, Oregon, and California; and unclaimed wolf habitat remains in states like Maine, Colorado, and Utah.

In 2020, 1.8 million Americans submitted comments opposing delisting. Additionally, 86 members of Congress (in both the House and Senate), 100 scientists, 230 businesses, Dr. Jane Goodall from the Jane Goodall Institute, and 367 veterinary professionals all submitted letters opposing the wolf delisting plan. Even the scientific peer reviews commissioned by the Fish and Wildlife Service itself found that the agency’s proposal ignored science and appeared to come to a predetermined conclusion, with inadequate scientific support.

After the gray wolf was removed from the protections of the Endangered Species Act, Wisconsin held a tragic wolf hunt, where hunters with dogs slaughtered 218 wolves in three days–exceeding the harvest quota by nearly 100 animals. In Idaho and Montana, where wolves were stripped of federal protections a decade ago, the states have allowed increased wolf slaughter.