For as long as there have been trees in Oregon, fire has been a part of our forests.  Humans tend to see forest fires as a destructive force, but fire represents another way that nature renews itself and shapes our living landscapes. 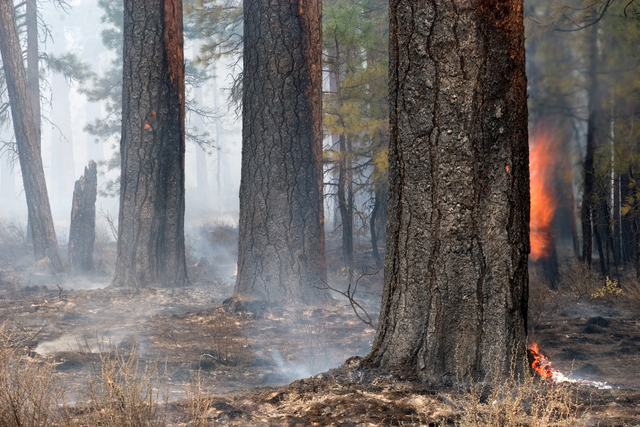 Some Oregon tree species, such as lodgepole and ponderosa pine, evolved to be tolerant of fire. Indeed, some forest species require fire to "unlock" the seeds in their cones and begin the process of regrowth. In other areas, such as the wet spruce and hemlock forests of the Oregon Coast Range, fire is historically rare.

Unfortunately, a century of logging that removed the largest and most fire resistant trees, and misguided efforts to prevent all fire everywhere, have degraded our forests and led to a serious buildup of fuels and dense undergrowth in many areas--which can lead to unnaturally hot and destructive fires, putting our forests at risk. Oregon Wild believes it is important that we find ways to restore the role of fire in our forests without compounding the damage that has already been done.

In dry forests in southwest, central, and eastern Oregon, efforts to restore a more natural, more frequent fire regime include removing small fuels that have grown in as a result of fire exclusion, and using controlled fires to reduce fuels. These treatments can help forests that have been thrown “out of whack” by grazing, logging, and fire exclusion attain a more natural vegetation condition and become more resilient to natural fires. They can also help keep communities safe from uncharacteristic fires. [see more in our Eastside Restoration Handbook]

In moist climates, like western Oregon’s Douglas-fir and hemlock forests, or the mixed-conifer forests of the Blue Mountains, it can make sense to reduce fuels only if it can be shown that fire exclusion and suppression has significantly altered the natural fire regime. Restoration methods that have a scientific consensus are still being developed for these mixed conifer and moist forest types.

After fire, federal agencies have traditionally shown a tendency to rush to “salvage” burned trees that would otherwise “go to waste” from a wood products perspective. But in nature, there is no waste. Dead trees are recycled naturally – stabilizing and enriching the soil, and providing much-needed habitat for species that depend on abundant dead trees (such as woodpeckers, bluebirds, and bats to name a few). Experts agree that “salvage” logging is a tax on ecological recovery after a fire. Logging removes valuable structure, kills young seedlings and sprouts just as they are emerging, and replanting displaces diverse native vegetation with conifer monocultures. “Salvage” logging can also require damaging roads to remove logs, which threaten soil and water quality. The best thing to do after fire is to rehabilitate the damage caused by firefighting, reduce imminent hazards along major roads, and let nature heal itself as it has done after fires throughout history. 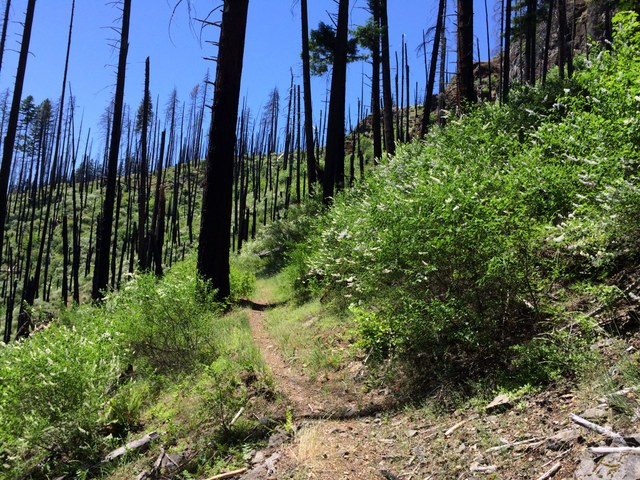 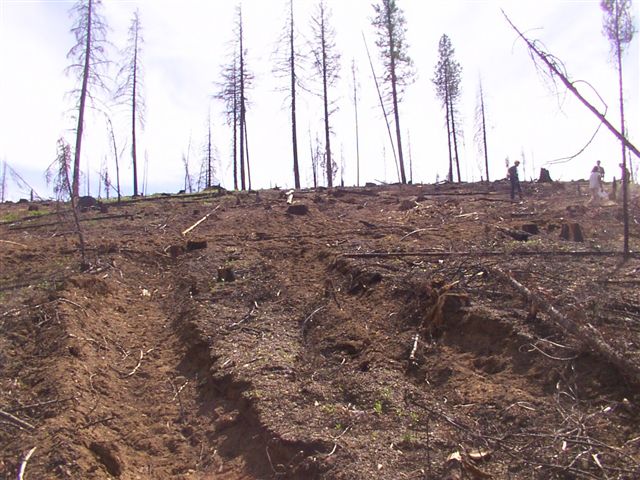