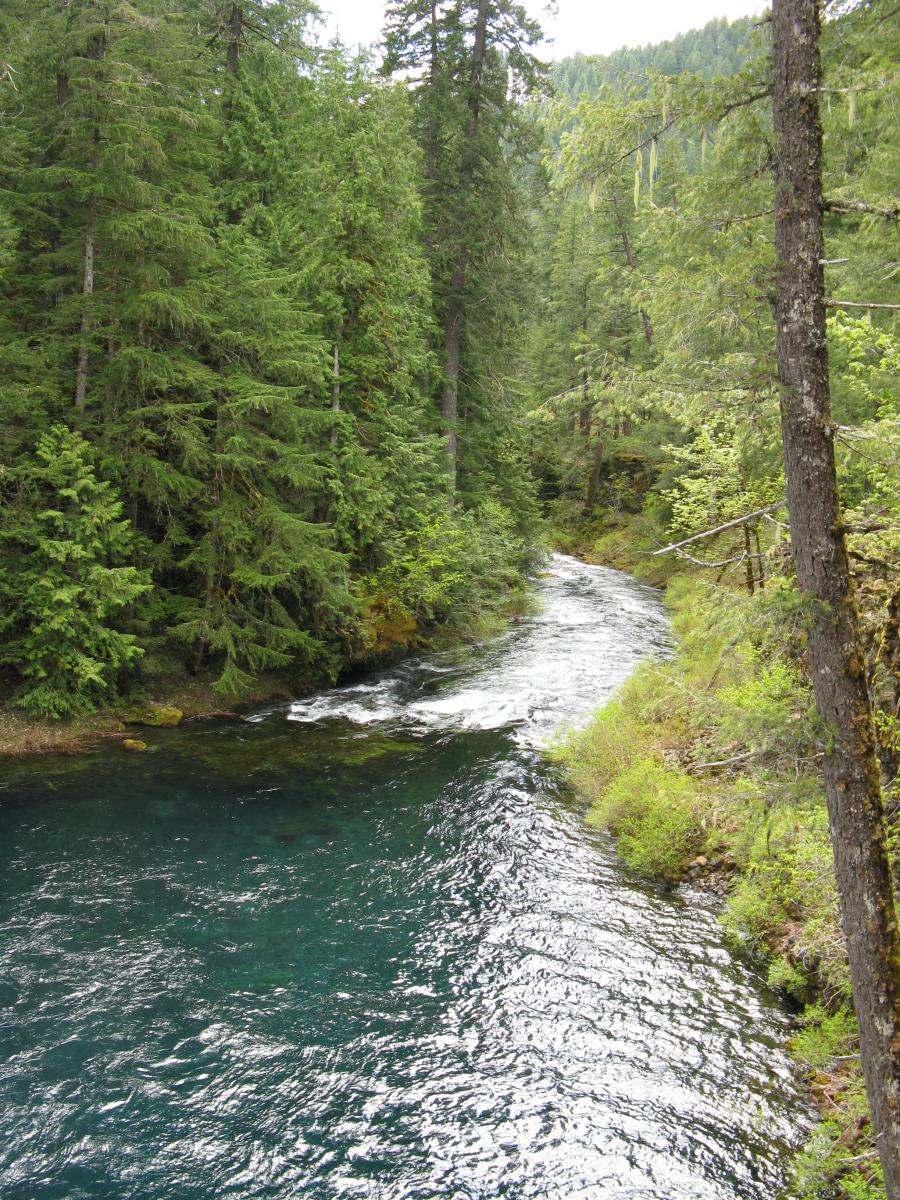 The McKenzie River Trail can be used for anything from short day-hikes to a weekend of backpacking. The trail is a gradual downhill track that winds along the edge of the McKenzie River, passing underneath old growth conifers, through old lava flows, and past spectacular waterfalls. The trail begins just before Clear Lake and passes the "Great Spring", which is the source of the McKenzie River itself. Passing Clear Lake, the trail descends sharply to the dramatic Sahalie and Koosah Falls and then around Carmen Reservoir where the river disappears underground for much of the year. About 2 miles further, at Tamolich Falls, the river emerges into the stunningly beautiful and crystalline Blue Pool. The McKenzie increases in size as the trail descends further to the Trail Bridge Reservoir. The trail skips over several small streams and continues to parallel the river, though sometimes following forest roads. Near Belknap Hot Springs the trail levels out and passes several Forest Service campgrounds, past the McKenzie River Station and beyond the Lower McKenzie River Trailhead.

Where you start depends on whether or not you're tackling the entire 26.4 mile trail or opting for a shorter day hike. The various trailheads are all along McKenzie Highway 126.