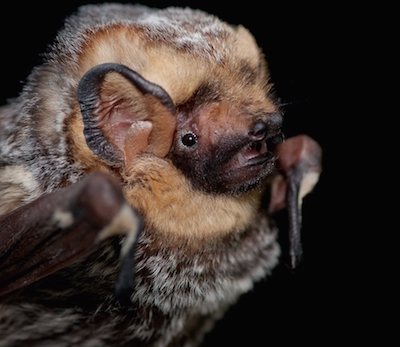 Using only the most scientific of terms, bats are super cool. As we glide steadily into the summer, you might just be lucky enough to glimpse one of the many species of bats in Oregon darting about in the night sky. If you’ve ever wondered how bats manage to catch their prey in the pitch black, or if all bats really do eat blood, then here are seven interesting things you probably didn’t know about Bats!

While bats in other parts of the world feed on fruit, fish, and even blood, the bats that can be found in Oregon only eat insects. Oregon bats also happen to feed on a number of pests, such as spruce budworm moths, tussock moths, mosquitoes, pine bark beetle moths and gypsy moths.

2. Bats are the only flying mammal.

In addition to having hair, being warm blooded and feeding their babies milk, bats usually fly between 20 to 30 mph and can travel more 100 miles in just one night. 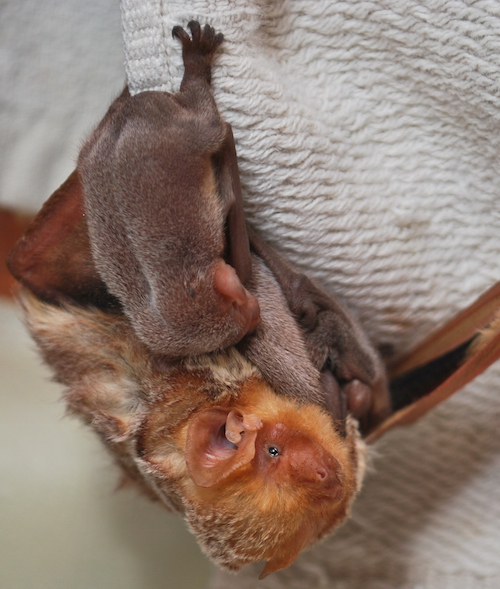 4. Bats belong to the order Chiroptera, which means hand-wing.

A bat’s wings are made up of long finger-like bones covered in two thin layers of skin. Bats also have small thumbs on the tops of their wings that can be used for climbing and grabbing things. So how big can their wings get? Well, the Hoary bat is the largest bat that can be found in Oregon and has a wingspan of nearly 16 inches!

5. Bats use sound to navigate and hunt.

As nocturnal animals, bats make high-pitched sounds when flying about at night and then listen to the echo of the sounds, allowing them to hunt for food, navigate in the dark, and communicate with other bats. This nifty ability is called echolocation.

6. Some bats are known as shouters.

Take the Big Brown Bat for example, which can be found all throughout Oregon. This species produces sounds at about 110 decibels or about as loud as a fire alarm! Luckily, majority of the sounds bats emit are outside the range a human ear can pick up. 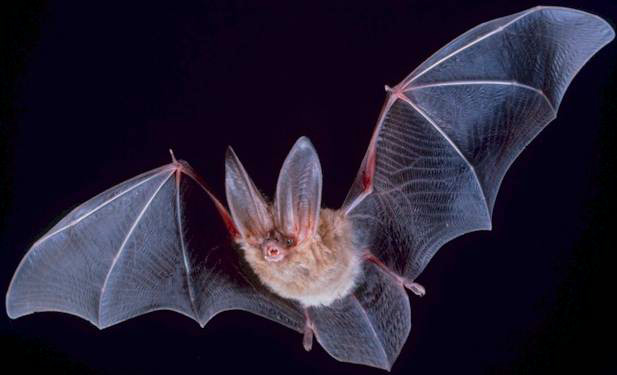 Unfortunately, most of these bats are considered Sensitive Species by the Oregon Department of Fish and Wildlife, including one very sensitive species called Townsend’s Big-Eared Bat (pictured right). This species is particularly vulnerable to human disturbances, so make sure to never disturb this bat if you come across it!

Want to know where and when you can see bats in Oregon?

Luckily, a number of species of bats can be found all throughout Oregon, such as the California Myotis, Fringed Myotis, or the Big Brown Bat. The forests around Oregon can also be a good place to see bat activity, including one species, the Silver-Haired Bat, which often flies very low to the ground. Since bats are nocturnal, activity takes places at night. But not all species wait until it is pitch black to start hunting. The Canyon Bat, found mostly in Eastern Oregon, and the Long-Legged Myotis, found all throughout Oregon, prefer to fly earlier in the evening, so you might just catch a glimpse of these two before all daylight is lost! If you happen upon a bat in your attic this summer, it might just be the Little Brown Myotis, a species that prefers to roost in attics in maternity colonies.

Now that you possess some new knowledge about these creatures, it is also important to know how to live safely around bats. Follow these tips from the Oregon Department of Fish and Wildlife to help keep the bat population in Oregon thriving!