Lamprey from the Nez Perce Perspective 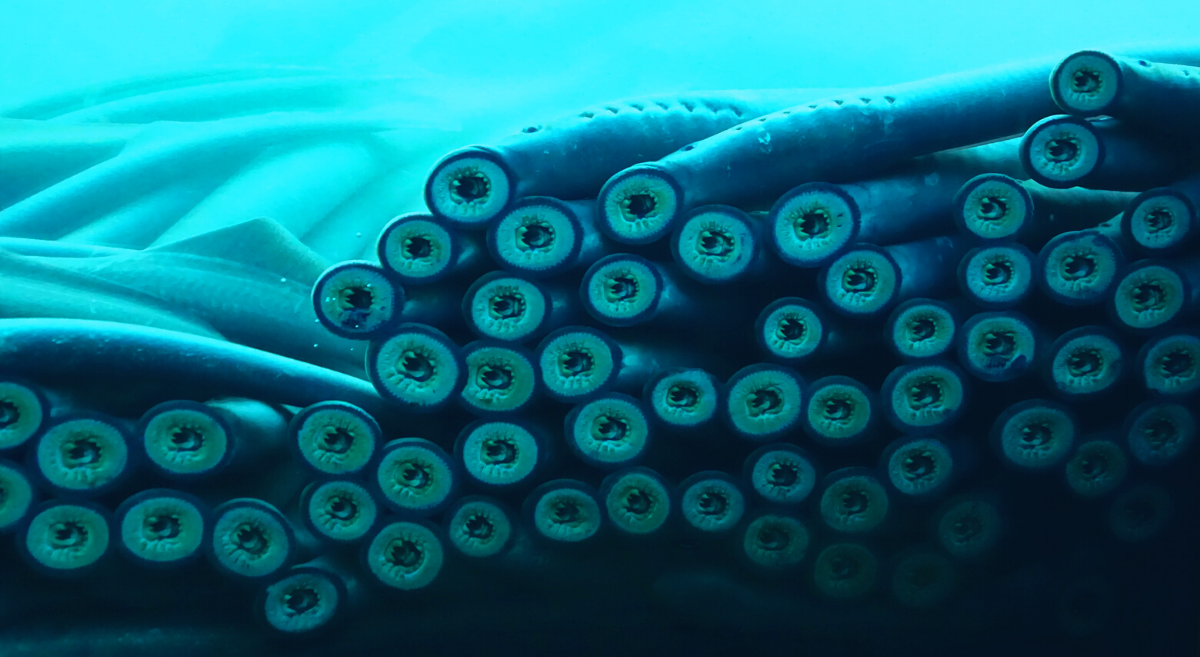 A Restoration of Culture and Community

Lamprey and the Nez Perce (the Nimiipuu People) have been intertwined since time immemorial. While the Nez Perce reservation is located in north central Idaho, their ancestral lands for hunting, fishing and trading included parts of Oregon, Washington, Montana and Wyoming. From these waterways, the Nez Perce peoples fished for lamprey and other species, not only for food, but as a vital aspect of their culture.

Unfortunately, lamprey are not as abundant as they once were. Pollution, development, and a number of other factors have pushed the species to the brink. Now, the Nez Perce are leading efforts to protect and restore lamprey in Oregon.

So, what are lamprey? These ancient fish species are older than even dinosaurs! In their larval stage, which lasts 3-4 years, lamprey burrow into the sediment of rivers and streams to filter feed. At this point they are only a few centimeters long. For adulthood, lamprey will transform to have a sucker mouth used for feeding. 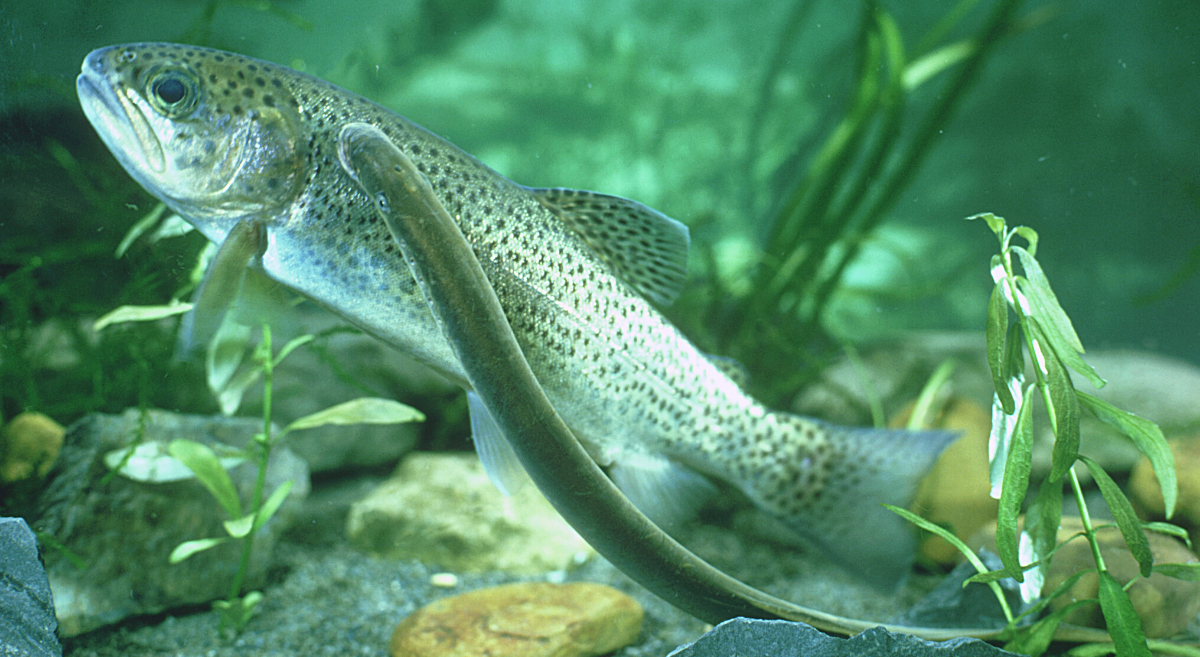 Some lampreys are parasitic and feed by attaching themselves to live fish using that sucker mouth to dine on the host’s blood, while others continue the non-parasitic filter feeding and scavenging lifestyle. There are 10 species native to Oregon, found throughout the Columbia and Snake basins. 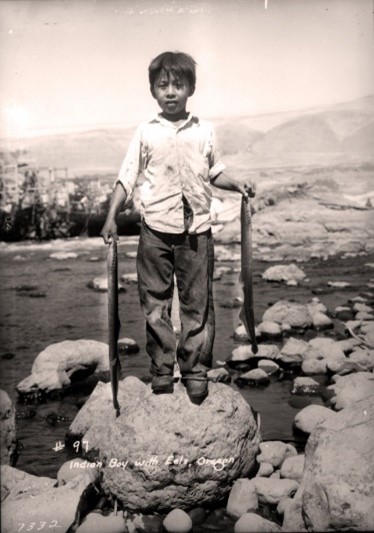 Lamprey have been, and are, an important First Food for Native peoples like the Nez Perce. They have  an oil content of over 10x that of salmon and other species, making the fish a delicacy. Some even call  it a swimming butter stick or sausage due to its profound nutritional value! Historically the fish was  stored, dried and smoked and played an important role in ceremony, but as there were fewer lamprey to gather for these ceremonies, due to colonization, dams, unclean water and climate change, and as   the Nez Perce themselves lost access to their ancestral lands, these ceremonies and preparation  techniques faded.

That’s why Nez Perce tribal members, like Lindy Warden (lamprey biologist for the tribe), have been so dedicated to bringing the species back. This is a restoration of lamprey, culture and community.

“My capstone presentation for school was integrating Indigenous research and traditional knowledge being valued in lamprey research. My project revolves around understanding lamprey specifically from a Nez Perce perspective and that really comes at  the root of it being one of our First Foods. The basic teachings for our tribe is that you have creation stories and basic instructions to care for all life around you, all living beings and non-human relatives, so that really comes back to feeling a sense of responsibility and accountability for their lives…”

The presence (or absence) of lamprey in a waterway can be an important indicator of environmental conditions and the health of particular habitats. The species thrives in cold, clean water, but they are extremely vulnerable to pollutants in their larval stage, and are sensitive to warmer water temperatures throughout their life cycle. This sensitivity to temperature is especially concerning for the Nez Perce lamprey recovery efforts.

A first concern is that with climate change rivers and streams will warm beyond what the lamprey can tolerate. Ideal temperatures range from 7C-14C degrees (about 46-57F), but the fish can withstand up to 20C (68F) for short periods.

A second worry relates to the Nez Perce translocation program. Lamprey are transported in specialized containers in trucks past the dams that prevent most of the fish from migrating from the ocean to inland rivers. These dams are a series of seven blockages that prevent lamprey from accessing river habitat along the lower Snake River and Columbia River. Even removing just the lower dams would allow for much better downstream passage. In the meantime, the tribe must often translocate the lamprey using ice to make sure they stay at a safe temperature. With hotter, more sustained heat waves and increasingly frequent drought conditions, these ideal translocation and habitat conditions are becoming more rare to find.

The lamprey are also closely monitored. Genetics for each fish determine its part in the translocation project. The Nez Perce hope to conduct more research of their own, including scientific data for a baseline assessment both for cultural and biological aspects of lamprey to determine the best direction for respectfully restoring the species. These assessments will include interviews with elders and sharing circles to promote community knowledge and education. Educating youth especially is where Lindy sees a lot of value.

“Changing the hearts and minds of the youth for me increases the factors of caring that go on from generation to generation. When we have an opportunity to have a tour or to bring lamprey in the classroom...seeing them [the children] light up, be able to be hands on and all of the questions that come with it, that makes me feel value and passion in the work that I do.”

It’s vital to support the River Democracy Act, a bill that Senator Ron Wyden introduced into Congress after a multi-year public nomination process, so that habitat for lamprey, and countless other species can be better protected to allow for the continuation of essential ecosystem services and cultural value. The Nez Perce Tribe nominated 109.7 miles of streams for inclusion in the act and the National Wild & Scenic Rivers System was created “to preserve certain rivers with outstanding natural, cultural, and recreational values in a free-flowing (no new dams allowed) condition for the enjoyment of present and future generations.” Consider becoming a Wild & Scenic Rivers co-sponsor today to show your support for clean water and lamprey!

A special thanks to Lindy Warden for sitting down to chat about lamprey and Nez Perce restoration efforts. If this blog piques your interest, you can take an in-depth dive and read more from the Nez Perce and the Columbia River Inter-Tribal Fish Commission here, and watch our webinar below about lamprey.