The Liver of the River! 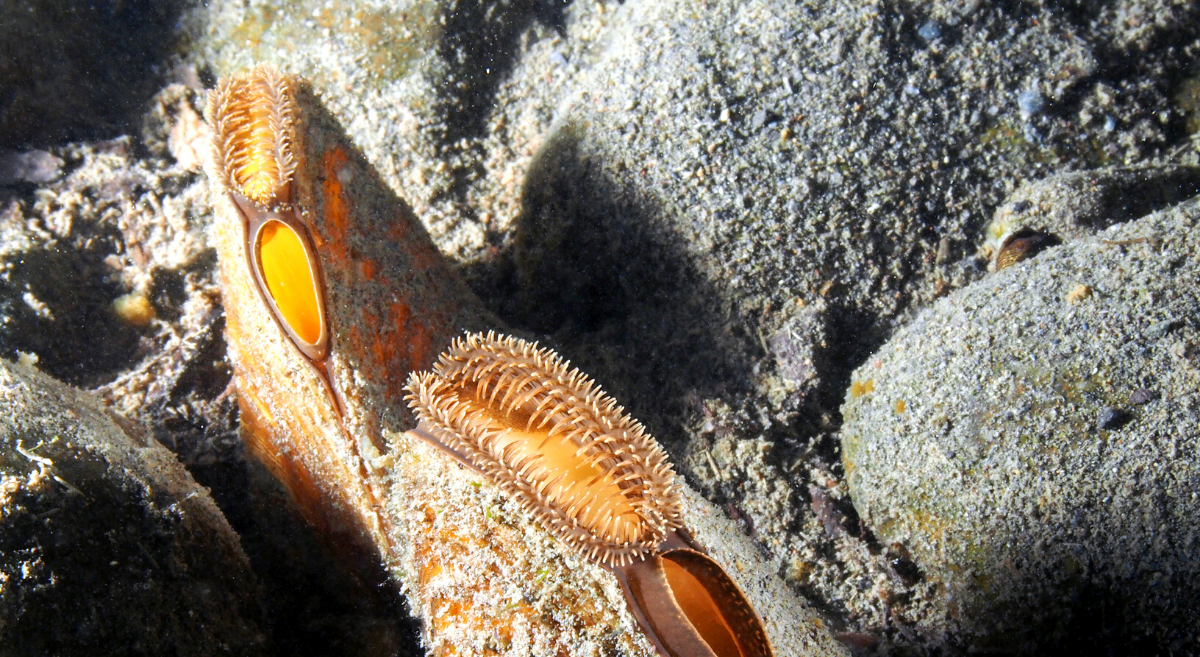 Learn about the under-appreciated species that doubles as a Brita filter, is older than your grandparents and hitchhikes our rivers!

It’s no secret that Oregon is home to some stunning water bodies. Babbling brooks and streams are often lined with rocks -- or are they? Look again, because intermixed with the rocks you might find some freshwater mussels! These little gems of the river deserve more credit than they get. Oregon has four species of freshwater mussel: the Western Pearlshell, Western Ridged and two types of Floater mussels. These bivalves (meaning that they have a body enclosed in a two sided or hinged shell) filter gallons of water per day through their gills. There’s a reason why water quality is so much better around mussel beds!

“They are like freshwater reefs. They are these little bivalves that burrow in rivers and streams and they spend their entire lives filtering water...our drinking water is cleaner because we have freshwater mussels!”

Freshwater mussels are considered to be valuable indicator species. Indicator species are used to infer or measure environmental conditions and health in particular habitats. Some other indicator organisms include frogs, salmon and spotted owls. Consider the Western Pearlshell (which can live 100+ years!) as an example. Freshwater mussels are great indicators of water quality because they are very sensitive to pollutants, like ammonia. In fact, scientists have tested a variety of freshwater species and found that freshwater mussels, along with freshwater snails, are the most sensitive species to certain pollutants. Unlike fish that can swim away from point source pollution, freshwater mussels are mostly stuck in place aftering maturing, which means they face this pollution point blank. Additionally, when the mussels mature, they use their muscular foot to burrow into the riverbed, which mixes and adds oxygen to the bottom of the water body. However, they also require good quality riverbed sediments for this work.

The presence of young mussels also indicates healthy fish populations. This is because once the freshwater mussels have reached a larval stage, after brooding in their parents’ marsupial gills, they temporarily hitchhike to new areas by attaching onto fish. This doesn't hurt the fish. The Western Pearlshell for example, only attaches to salmon or trout. Lastly, not only do freshwater mussels filter out pollutants and sediment, they also expel things they don’t consume in ready made packages for macro-invertebrates to eat. “Imagine swinging around a net to catch flies and then giving that to a hungry bird,” says Emilie Blevins. 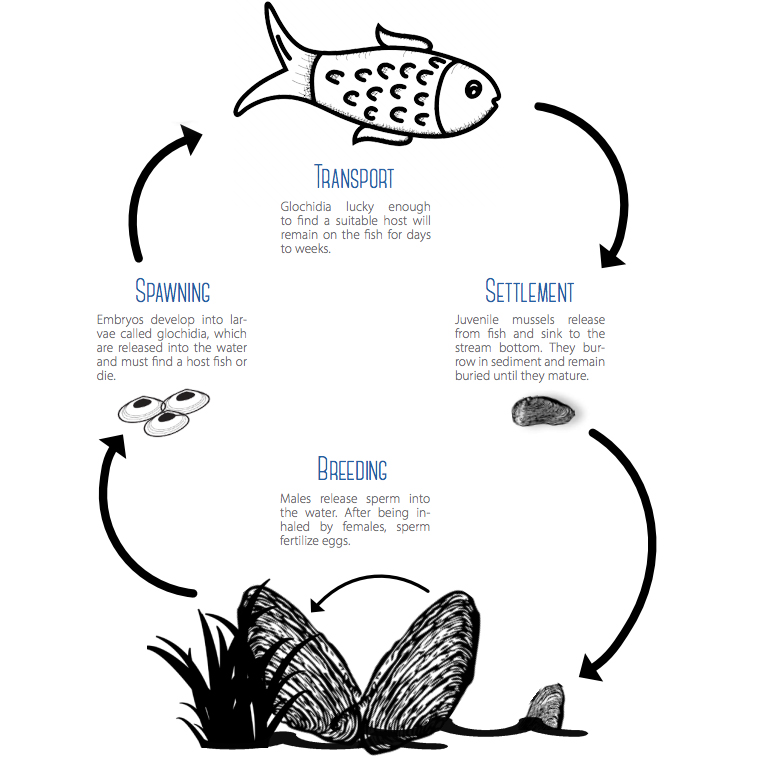 “Similarly, mussels provide convenient food for snails and bugs. Where freshwater mussels occur it's a sign that fish are present and using that habitat. Where you find freshwater mussels you often tend to have a lot more of the other aquatic macro-invertebrates that fish like to eat... It’s like this buffet for fish! They [freshwater mussels] are improving water quality, they’re creating habitat...  ”

Unfortunately, freshwater mussels and snails are the most imperiled species in North America and 70% of them are in trouble. In fact, 30% of North America’s freshwater mussels are already extinct. They are rare in Oregon, although not all water bodies have been surveyed, and currently they are not protected by the Endangered Species Act. Populations are declining with the onset of mass mortality events, with possible links to chronic disease or undesirable water quality. However, it’s not too late to help these vital invertebrates!

The Xerces Society, founded in the 1970’s, is dedicated to protecting invertebrates and their habitats as these species are ecosystem building blocks. That’s why they nominated the Williamson River to be included in the River Democracy Act (also known as the Wild & Scenic Rivers Bill) because Floaters, Western Pearlshell, and Western Ridged mussels  can all be found there, as well as good habitat for fish. Created by Congress in 1968, the National Wild & Scenic Rivers System was enacted “to preserve certain rivers with outstanding natural, cultural, and recreational values in a free-flowing condition for the enjoyment of present and future generations.” That’s why it’s vital to support the River Democracy Act so that these freshwater mussels, and countless other species can be better protected and keep providing essential ecosystem services. Consider becoming a Wild & Scenic Rivers co-sponsor today to show your support!

P.S. If you happen to spot a mussel in a river and can safely take a picture, or if you find a shell and can take a picture of the inside and outside, upload these to the Western Freshwater Mussel inaturalist project to help scientists discover more mussel habitat and distribution. Note that it's important not to touch these invertebrates and harvest is prohibited for most (except for certain tribes). Best to leave that to the river otters who enjoy them as a favorite snack!

A special thanks to Emilie Blevins (Endangered Species Conservation Biologist and Freshwater Mussel Lead for the Xerces Society) for sitting down to chat about freshwater mussels. If this blog piques your interest, you can take an in-depth dive and read more here from the Xerces Society, here about their petition to list the Western Ridged Mussel as an endangered species or here about the ecosystem services provided by freshwater mussels.