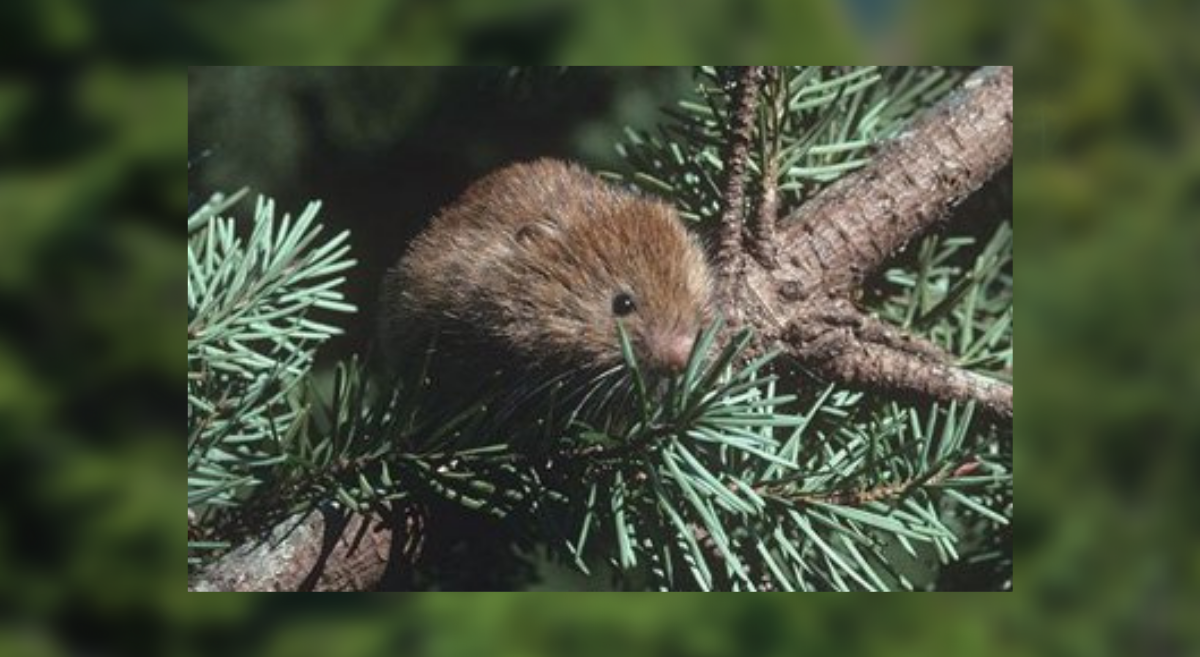 In a legal victory, the U.S. Fish and Wildlife Service agreed today to reconsider whether red tree voles on Oregon’s North Coast need protection under the Endangered Species Act. The Service has until January 31, 2024, to make a decision.

In response to a 2007 petition from the Center for Biological Diversity and other conservation groups, the Service found in 2011 that the red tree vole warranted federal protection. However, the agency delayed actually providing it, arguing there was a lack of resources.

The Service reaffirmed that the red tree vole warranted protection annually until abruptly reversing course in 2019 and denying protection. The threats to the tree vole — including logging, climate change-driven wildfire and small, fragmented populations — persist.

“It shouldn’t take the U.S. Fish and Wildlife Service nearly two decades to protect an unquestionably imperiled species like Oregon’s North Coast tree voles,” said Noah Greenwald, endangered species director at the Center. “With delays and poorly supported denials of protection all too common, the agency is badly in need of reform. Most notably it needs leaders that let scientists do their jobs free of political considerations.”

As one of very few mammals that can subsist entirely on conifer needles, tree voles rarely venture from the treetops to the ground, making them exceedingly vulnerable to logging and forest fragmentation. They depend on trees with structures like broken-tops and witch’s brooms for nesting and an interconnected tree canopy. Tree voles are typically found in old-growth forests. With the loss of ancient forests due to logging and fire, tree voles have been nearly eliminated from the North Coast of Oregon, including on the Tillamook and Clatsop state forests.

“Our members have spent countless hours climbing hundreds of feet into ancient forest canopies surveying for red tree vole nests on federal forests because people adored this species and federal agencies formerly protected occupied sites from logging,” said Nick Cady of Cascadia Wildlands. “Federal land managers have gradually gutted those protections in their efforts to log old forests, and it is no surprise that now every site in the North Coast is critical for species persistence. This species means a lot to the people out here, and it is well-overdue for meaningful protections.”

The Oregon Department of Forestry is developing a habitat conservation plan that includes the red tree vole, but it relies on scant information about where the animals still remain. This provides little assurance that the tree voles, and the large blocks of mature forest where they live, will be allowed to recover. Federal protection would greatly increase the chances of the voles’ survival.

“Clearcut logging across the Tillamook and Clatsop state forests is at an all-time high, putting the survival of the red tree vole in even greater jeopardy than when the Service deferred protections two decades ago,” said Danielle Moser with Oregon Wild. “The Service cannot delay any longer if we hope to actually recover these adorable voles.”

“We are pleased that the Service has agreed to reconsider whether the red tree vole merits protection under the Endangered Species Act,” said Portland Audubon Conservation Director Bob Sallinger. "However, we believe that the merits of this petition were clear from the start and years of delay on the part of the Service has only put this species in a more precarious position. It is long past time for the Service to move forward with listing to protect the red tree vole and the habitat on which it depends."

The Conservation Groups were represented by Ryan Shannon and Brian Segee of the Center for Biological Diversity.