The Oregon Department of Forestry (ODF) manages about 821,000 acres of forest land in the state, on six large State Forests and some other scattered lands. Money generated from logging on these lands goes to county governments and schools in the state, based on the specific type of state land. 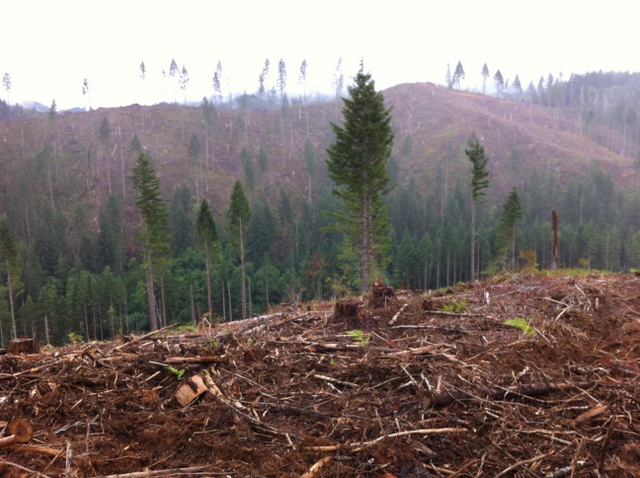 State forest lands are managed according to the 1971 Oregon Forest Practices Act and regional management plans that cover each State Forest area. Unfortunately, these have proven to be less than adequate to protect clean water and threatened fish and wildlife.

The OFPA and state forest management plans are supposed to ensure that state forests are managed sustainably, but in recent years the Oregon Department of Forestry has promoted unsustainably high levels of logging, and politicians in the Oregon Legislature have sought to boost logging even further. 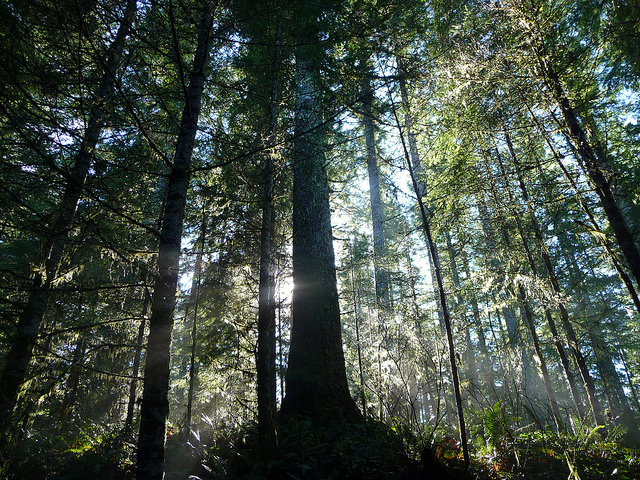 Elliott State Forest
The 93,000-acre Elliott State Forest in the central Oregon Coast Range, between Reedsport and Coos Bay, has become a hotbed of contention around state forest management. The Elliott is home to the only significant old-growth forest remaining on state-owned lands in Oregon, providing important habitat for old-growth dependent wildlife and salmon. The Forest is also, unfortunately, linked to providing revenue to the State's Common School Fund.

A new Forest Management Plan adopted in 2011 would have ramped up clearcutting and nearly doubled the harvest rate in the Elliott. The plan called for abandoning a science-driven “habitat conservation plan” and opening up a large area previously reserved for threatened wildlife habitat for logging. The plan would also have huge impacts for salmon and water quality, increase herbicide use, and contribute to global warming impacts.

Litigation over the impacts to threatened wildlife has forced the State to halt plans to log mature and old-growth forests and focus instead on young plantations. But the state’s expectation for revenue has led to a misguided proposal to sell off and privatize parts of the State Forest so it can be logged.

Now, a coalition of groups are working to encourage the State legislature, State Land Board, and Department of State Lands to find innovative ways to delink logging in the Elliott from school funding while maintaining public ownership of the Forest, protecting old-growth trees, and promoting recreation. See a fact sheet on saving the Elliott here.

Located in the northern Oregon Coast Range west of Portland, the Tillamook and Clatsop State Forests cover more than a half million acres. Most of these Coast Range forests were logged and replanted between 60 and 100 years ago.

The management plans for these forests have long lacked conservation measures that would protect salmon and wildlife from impacts of logging and road building. A new management plan approved in 2010 opened up over 100,000 acres to new clearcutting, without these protections. In 2013, at the urging of the Governor and conservation groups, the Board of Forestry approved new “High Value Conservation Areas” in these state forests, but failed to set these areas aside for long-term protection of fish and wildlife habitat, clean drinking water sources, and recreation areas. Instead, the Board will look at alternative management plans in the future. Conservation groups intend to work to ensure that these plans secure better environmental protections in balance with revenue from timber harvest.

Visit the North Coast State Forest Coalition to learn more about the work they do on the Tillamook and Clatsop State Forests.