The Deschutes and Ochoco National Forests along with the Crooked River National Grassland encompass just over 2.5 million acres of Central Oregon. These lands extend about 100 miles along the east side of the Cascade Mountains crest and eastward into the Ochoco Mountains. There are alpine forests and meadows, mountain lakes and scenic rivers, dense evergreen forests, and lava caves. All located between the spectacular snow capped volcanic peaks of the Cascade Mountain Range to the west and high desert to the east. Newberry National Volcanic Monument offers an up close and personal look at volcanoes and is home to the endangered pumice grape fern. 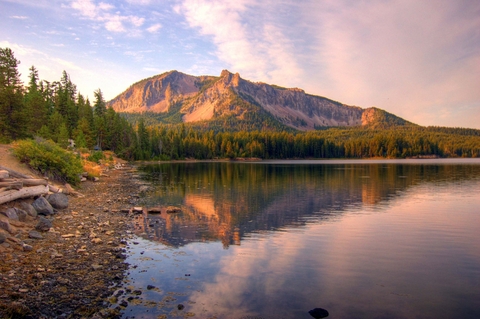 The Crooked and Deschutes Rivers drain most of the Forest while part of the north slope of the Ochoco Mountains drains into the John Day River.

Vegetation found on the Forest is diverse. Lower elevations that receive less than 10 inches of precipitation annually grow juniper, sagebrush, and grasses. Higher up, stands of ponderosa pine dominate southern and western aspects and compose the largest single forest type found on the Forest. Mixed conifer stands, made up of Douglas fir, ponderosa pine, white fir, and western larch, grow at higher elevations on the cooler northern and eastern aspects. Scattered stands of lodge pole pine cover less than one percent of the Forest.

There are more than 375 different species of reptiles, amphibians, birds, and mammals known or expected to inhabit the Forest. Anadromous fish spawning occurs in the Deschutes and other streams. Habitat exists for other species classified by state and federal wildlife agencies as endangered, threatened, or sensitive, such as the peregrine falcon, Swainson's hawk, bald eagle, western sage grouse, greater sandhill crane, long-billed curlew, common loon, Malheur spotted sculpin, wolverine, and redband trout. 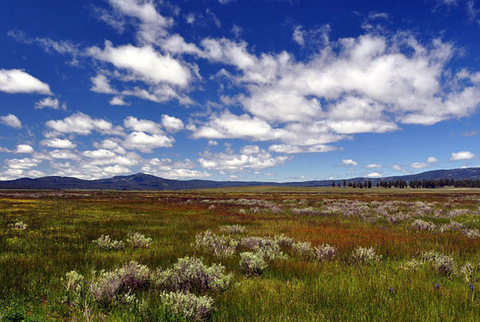